The first of three flags was raised with a ceremony at the Armed Forces Gate on the Cleethorpes seafront, delivered by an RAF Police Land Rover.

Another Land Rover from the Queens Own Yeomanry then drove the remaining flags to Grimsby Heritage Centre, where a second flag was raised by the Army. 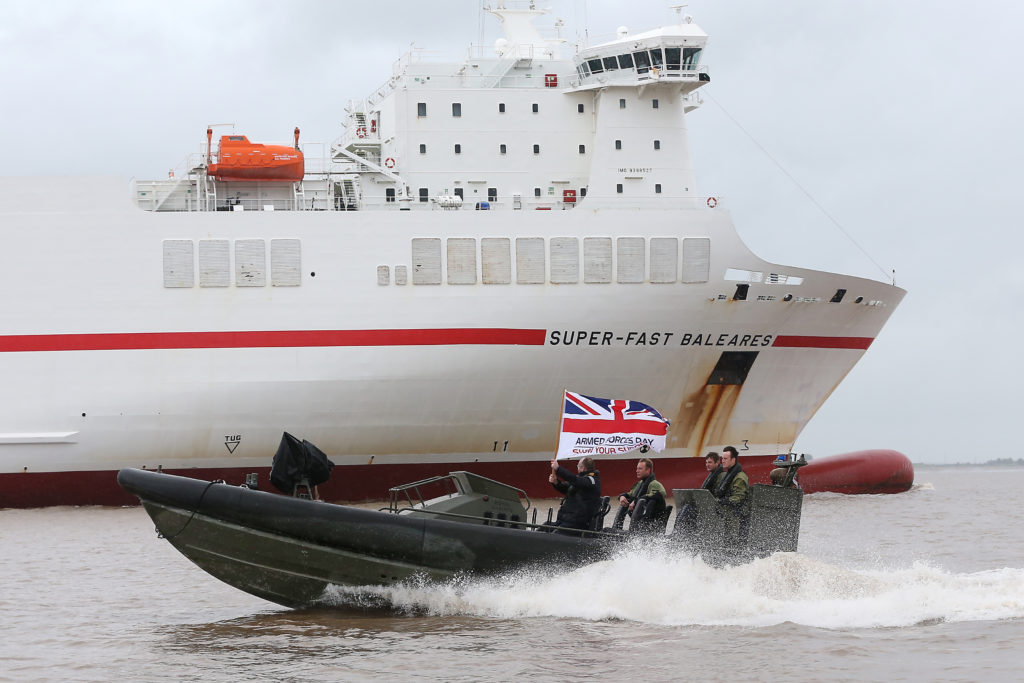 A final flag was taken to Immingham by sea, in an Offshore Raider from 539 Squadron Royal Marines – the Royal Navy raised this flag at .

Senior military officers joined civic dignitaries for the ceremonies, marking the beginning of a week honouring our Servicemen and women and paying tribute to their dedication and the enormous sacrifices they make behalf of the country.