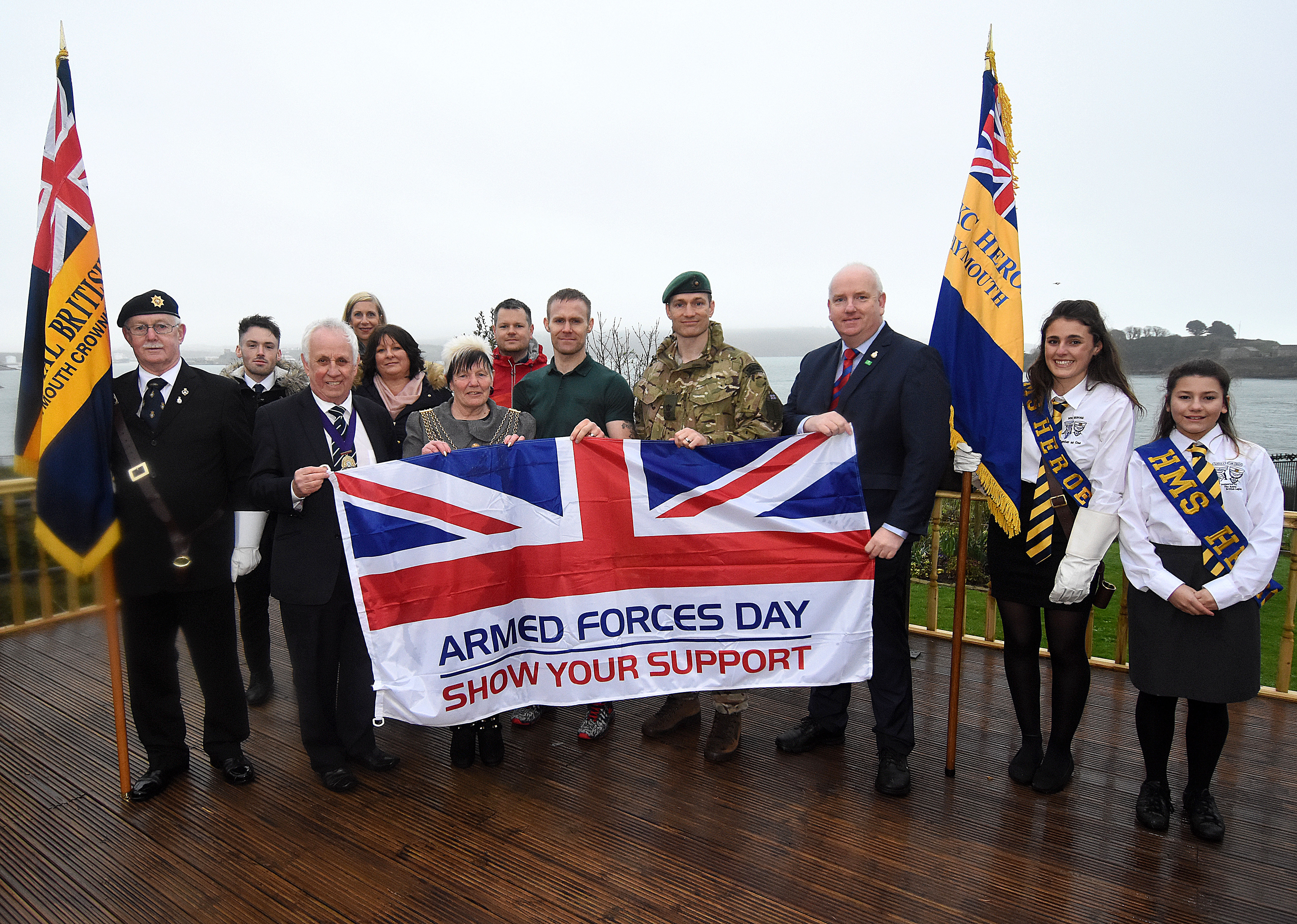 The city is marching ahead with its plans for Plymouth Armed Forces Day, which were unveiled at the highly anticipated and exciting launch event today.

Plymouth Armed Forces Day is organised by Plymouth City Council with Babcock as title sponsor, and is fully supported by all three Services and businesses across the city. Each year Plymouth aims to raise awareness and support for the Armed Forces and celebrate the outstanding contribution they make to the city and the UK.

“This fantastic event is a great celebration for civilians, the military and their families alike and we look forward to working with Plymouth City Council and our Armed Forces colleagues to make this year’s event even better than ever.”

The countdown to this year’s Plymouth Armed Forces Day has begun, after the Armed Forces Day flag was presented to the city following a thrilling journey across Plymouth Sound to Stonehouse Barracks, involving a marine landing craft, zip wire and a weapons platform vehicle, in a wild ride to herald the date for the thrilling annual event – Saturday 24 June. 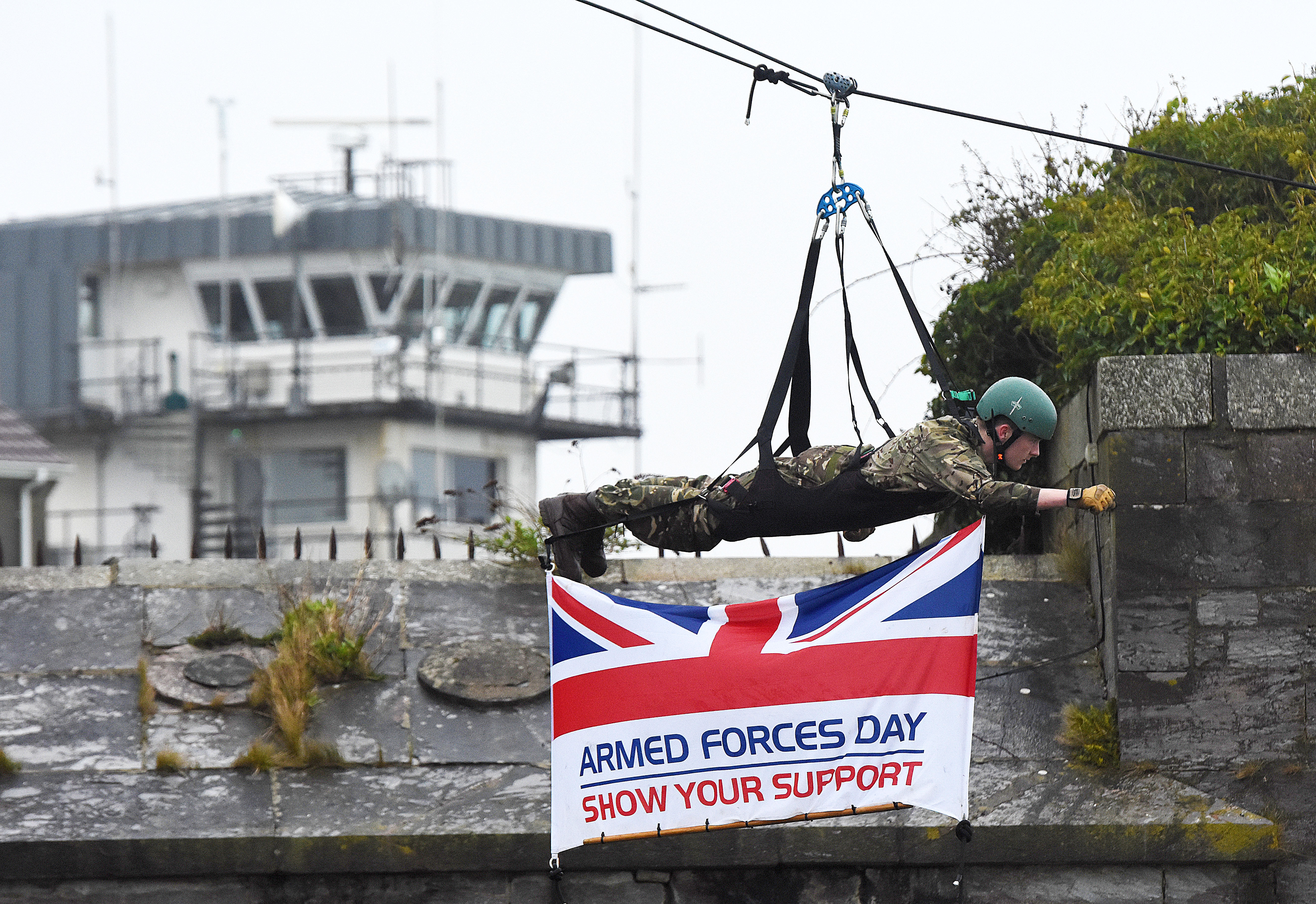 They sailed across Plymouth Sound from the Barbican to Stonehouse Barracks carrying the Armed Forces flag, which was then taken to the top of the Eastern King Fort, along with the title sponsors Babcock’s flag, before being brought down a specifically made zip wire by commandos. 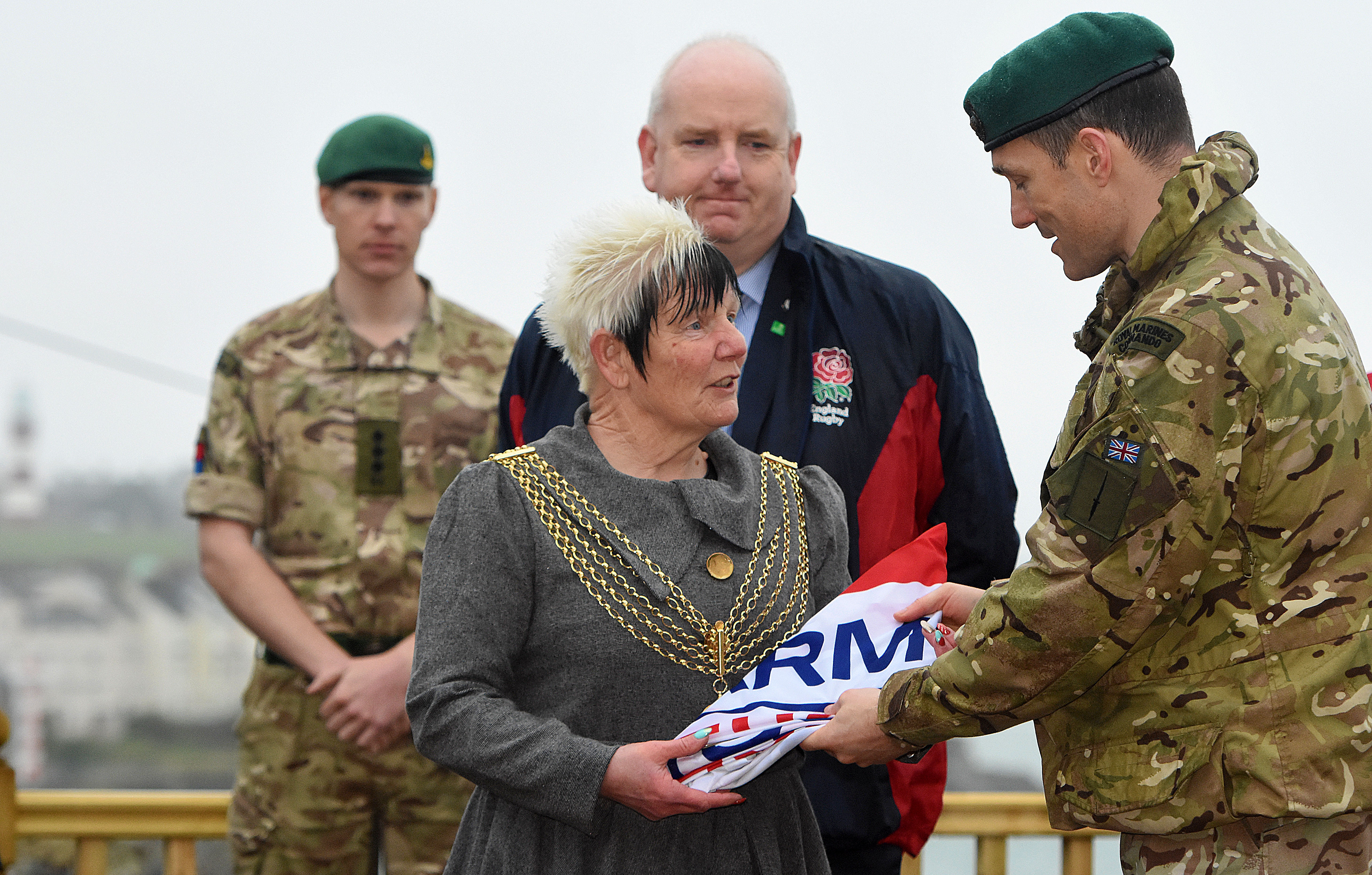 The Armed Forces Day flag was then presented to the Lord Mayor in a dramatic climax which set the tone for the popular annual event. Joining the Lord Mayor was a delegation from title sponsors Babcock, the Tri-Services, Royal British Legion, Councillor Glenn Jordan, and representatives from the Cadets and Military Kids Club Heroes.

Commanding Officer of 30 Cdo IX Gp RM, Lt Col Nik Cavill MBE, said: “It is always a highlight in our calendar and preparations are well underway to make this the best Armed Forces Day yet.”

“It is wonderful to see so many people celebrating in the work we do and it makes every serving soldier, sailor, airman, marine, reservist and veteran immensely proud to take part.”

This year’s family-friendly Armed Forces Day looks set to attract more than 40,000 people as it promises to deliver a whole host of exciting and exhilarating displays, interactive activities, military bands, parades and a not to be missed air show featuring death defying acrobatics.

Military hardware including weapons displays, static helicopters, military vehicles and equipment will also be on show as well as the popular and exciting arena programme. One of the highlights this year is the Senior Field Gun competitions featuring HMNB Devonport, HMS Raleigh and HMS Ocean.

The Royal Navy, Army, RAF, Royal Marines and Veterans’ organisations, charities and the Emergency Services will all be showcasing their services in a variety of ‘Villages’ set out across the Hoe.

It is expected more than 120 exhibitors will be on display and organisers hope more people than ever before will come along and enjoy the day.

The line-up for an exciting evening concert is already being planned too. Acts confirmed so far include the popular Military Wives Choir, Joey and the Lips and eighties favourite Toyah Willcox.

Councillor Glenn Jordan, Cabinet Member for Culture said: “As a military city, Plymouth has a strong link to the military and we are really excited to be delivering an action packed programme for this year’s Armed Forces Day.

“As well as being fun, the event also carries a strong message, an opportunity to show our support to the Armed Forces, from those currently serving to reservists, veterans, cadets and their families.

“Our event’s team are pulling out all the stops to ensure it will be a spectacular day to remember.”

The full programme and evening line-up is still being finalised, with more events and activities being added to the Armed Forces Day website over the coming weeks.