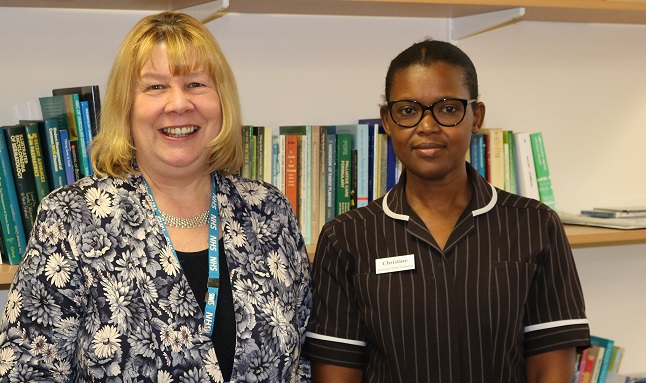 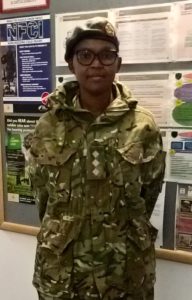 orking as a trainee advanced clinical practitioner for an NHS trust would be a busy enough life for most people. But for Reservists like Christine Ongoma, there’s always the drive to do more. So, after finishing a shift at Whitemoor Medical Centre in Belper in Derbyshire, and at the weekend, Christine often dons a different uniform to serve with 212 Field Hospital in Beeston.

It’s a life which has brought her huge satisfaction, a raft of new skills and some amazing experiences. You might say that Christine embodies the philosophy, the more you put in, the more you get out.

For example, take the time Kenyan born Christine opted to forgo a comfortable Christmas at home in favour of deploying to Africa to train Ugandan soldiers in how to treat injured personnel.

“It was my own personal contribution to fighting terrorism in Kenya” she said at the time.

Not only did the experience allow her the chance to mix military and civilian skills sets, but being fluent in Swahili, it meant she was also able to teach the soldiers in their native tongue, something she had never done before.

Christine came to the UK in 2003, and joined the Army as a reservist six years later. Having previously worked in a refugee camp in Kenya, and provided humanitarian aid during the Congo and Rwanda crises, joining up made perfect sense to her.

“The values and standards you are taught in the army are not something you switch on and off, they live with you,” she said. “It’s about courage, loyalty, commitment and team work. These are the principles which can be applied every day.”

Thanks to the example she sets, she has raised the profile of reservists in the NHS trust where she works. So much so in fact that she has been appointed as Reserves Champion, helping her employers to achieve bronze status under the employer recognition scheme, and is eager to win silver.

“I am really passionate about being Reserves Champion,” she said. “It allows us to raise awareness about being a reservist and encourage others who are currently serving, or who have served in the military to consider a career with the Trust.”